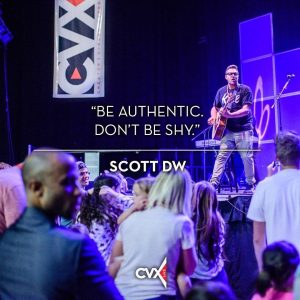 My Gift To You And How It Backfired; and some other thoughts of Scott’s…

My Gift To You And How It Backfired; and some other thoughts of Scott’s…

This first portion is in regards to me giving away my entire catalog of music for free between the hours of 10 PM MST on Friday, November 25th through 2 AM on Sunday the 27th = a period of roughly 28 hours.

First of all, a sincere thank you to those who were kind and supportive when Bandcamp crashed halfway through the giveaway. Yes, Bandcamp crashed from an overload of downloads sometime early Saturday morning. Something I was completely unaware of until hours later when several friends texted me about the vast number of “…angry fans not getting their free music.” I was shocked. I had no idea that Bandcamp, a site I’ve used and trusted for years, was even possible of a failure like this, let alone that fact I didn’t once receive any sort of alert or message about the problem – I have texts/emails enabled for everything that relates to Bandcamp. All by its-brilliantly-programmed-self, Bandcamp managed to reset all of the songs and merchandise to full price, completely ignoring the countless hours of work I put into making this whole “gift” possible.

Though many of you “assumed” that I cut the deal short, or took away your free gift with no explanation…the exact contrary is what happened. When I was finally made aware of the issue, I had to spend an absurd amount of money and time (basically my entire Saturday from noon to midnight) to get the site back up and running and allow for more free downloads. I even had to upgrade to a “Pro Account” for a handsome fee. The funny thing is, the second I got it fixed and made the announcement that it was fixed, it only took another hour for it to crash again. This happened 3 more times throughout the night. Until Bandcamp ultimately refused to let me give away free content. Which is why at the end of the night, I made a special announcement (which I assume almost no one saw), that gave away everything in the store, merch included, for 75% off – the maximum discount Bandcamp allowed me. Additionally, I created a “VIP Group,” a feature that came with the Pro account, which enabled fans to pay 7 dollars, the same price as a crappy fast food meal, and included the immediate download, in ultimate lossless quality, of every single existing song of mine, all future songs that I would release within a 30 day period (which is going to be anywhere from 3-5 more songs), access to exclusive songs still in the writing process, 15% off all merch, exclusive VIP only merch, one-on-one Q&A sessions, and several other perks. A pretty damn good deal I would say. But that’s just me. If all you wanted was 16 free songs with the click of a couple buttons, then the VIP package is a rotten deal. “7 bucks? Yuck. I’d rather eat McDonalds,” said the man in the yellow hat.

Now, please don’t misunderstand me. I know it sounds like it, but I am certainly not complaining about having to pay money to continue allowing you to have free downloads. The first thing you should know about me is that I am a man of my word, in every sense of the phrase. When I say something, I absolutely mean it. I do NOT break promises, I do NOT miss deadlines. I have worked myself to the end of my very physical and mental health at times, to honor a promise, deadline, or commitment. On several occasions I’ve had to finish a commitment from a hospital bed (check my Instagram for proof, HA!). So why am I writing this?

Because, I’m just a bit surprised by the response of so many “fans.” I refer to a relatively small number in the thousands, and not the majority – mostly because the majority of my subscribers did not even see the video thanks to YouTube’s incredible algorithms which make it virtually impossible for channels like mine (high quality but low volume content) to reach its own audience (pretty cool, eh?). Ironically, 10+ thousand people were still able to take advantage of the free music. While it was hard to make the decision to give away my music for free in the first place, I ultimately decided I wanted to do something special for my fans – approximately 900,000 strangers who I feel an indescribable connection to, like they are part of my extended family or friends.
ASIDE: That “feeling,” referred to above, is a weird phenomenon that is extremely hard to explain. And one you probably understand if you’ve been in the position of having a large following at any point in your life. At the same time, I feel so ironically and intensely alone in my life, that I often wonder who I’m even doing this all for. There are times I struggle to find the real reason for creating. Which shouldn’t be difficult, because it’s the same reason I started making content in the first place. As a way to express myself, and to feed an unsettling urge to create. Without succumbing to this gnawing feeling, I become even more alone and broken and void of purpose – I know, dramatic, right? But ask any other YouTuber and I bet you’ll get a similar answer. While still on this tangent, I’ll add that this was a major discovery for me while on the road when shooting and directing the feature film, “A Trip To Unicorn Island,” where I and a small crew followed Lilly Singh around the world as she set out to break the ever-so-fragile line between digital and traditional success. Her feelings echoed mine to an extreme degree, but were so insanely exact it was like I was making a documentary about myself. END ASIDE.

Anyways, I don’t even know where this is going. I started this whole “note” because I received a bombardment of emails, tweets, snaps and insta messages asking why the download never worked. I instantly felt a crushing sensation in my stomach and my eardrums clapped as a screaming voice told me to continue trying to resolve this stupid gift that completely backfired into my face like my Asian neighbor Ken’s exhaust on his Honda Civic. Wow, am I dramatic? NO. My mother calls it passion. I’m passionate. And I care a hell of a lot about people. People I don’t know. Whether you know me or not, I absolutely hate confrontation. I hate making people upset. Or sad. Or hurt. It crushes me to think that some people didn’t get to take advantage of some dumb free songs that are normally 99 cents, and it’s built into my DNA to try and fix it.

Well, the truth is I can’t. Not this time, and I’m sorry. I’m truly sorry for the ones who didn’t get to take advantage of what I was trying to do as a simple gesture of gratitude. It turned into the “Walmart Stampede” on Black Friday morning and I was the guy trying to hold the door open for everyone. We all know how that ends. That’s how I feel, at least.

Again, thank you to ones who understand how much work I put into my craft. How much time, money, stress and passion I put into every song I write, perform, record, sing, mix and produce… and every film I write, shoot, direct and edit. It’s a lot you guys. And the truth is, I get very little in return. Sure, you may have the idea that I’m this big famous YouTuber making millions of dollars…but no. Not me. I rely on adsense and song sales and brand deals just like everyone else. The only difference is, I put everything I get back into my work. E.V.E.R.Y.T.H.I.N.G. Because I do it for you. And I do it because of that never-ending itch to constantly create. And to raise the bar of quality each and every time. Whether I’m making money or not.

Music makes me happy. Not many people know that I’m a musician. Most see me as a filmmaker and some know that I have something to do with the music as well. I want people to know how much music means to me. And how much work it really takes. That I not only write, but I perform and I play and I sing and I dance and there’s nothing I want more than to take my content on the road and around the world. I think that’s why I wanted to give away the songs as a gift. To share with more people my work that truly makes me happy. Not many fans buy my music…in fact, less than 0.0000001 percent of my fans purchase my music. I hope that changes in the future. Because the people who hear the music absolutely love it, 96.3 percent of the time – that’s almost a fact. And this comes from a person who has made music since the 8th grade, but has kept it hidden until only a few years ago. I’m talking HIDDEN BRO, like from my own friends and parents and EVERYONE. I am a self conscious artist, as most artists are. We have to learn to overcome the fear of being criticized for our work. Which is easily one of the hardest things I’ve ever done. The early days of YouTube were very hard for me. Like I said earlier, I am an extremely passionate creator, and take great pride in my work. With that being said, I am also my greatest critic and never see a video or song as truly perfect or ever finished. Letting all that go for the public to scrutinize and decide whether it’s “good” or not is quite possibly the hardest thing I’ve had to learn to deal with. IT CAN SUCK! But it can also be the most rewarding thing ever.

I could go on for days but I’ll stop here. I’m grateful for the fans who support me and I’m grateful for the fans who critique me. Without both sides there wouldn’t be any way to feel good about my work, yet continually strive to make it better. Again, I apologize to the ones who did not get to take advantage of my gift. But just so you know, the songs are only 1 dollar – or free if you use Spotify or Pandora or any other streaming service. If you really like the music and/or really want to help me out, I hope you’ll consider buying the songs in the future. Or checking out the VIP package at ScottDW.Bandcamp.Com – someday I may start a Patreon to allow for even more rewards, specifically on the film side of things.

A lot of change is coming for the ScottDW brand/channel. It’s time to make some serious adjustments in order to keep myself happy and fulfilled. It’s time to focus on building a team so that I can do more of the things that bring me joy, and less of the things that cause me stress and slow me down. 2017 will be a different year. One that hopefully brings good fortune. Not only to me, but to you as well. Thanks for taking the time to read and I hope you have a very wonderful rest of 2016.

3 thoughts on “My Gift To You And How It Backfired; and some other thoughts of Scott’s…”

This site uses Akismet to reduce spam. Learn how your comment data is processed.